“I was lucky this time… I’m told that the one thing we really know about Atrial Fibrillation is that once you have it, you will most likely get it again. So, the next time my Oura Ring shows me signs, I won’t doubt it… I’ll be getting checked out straight away.” 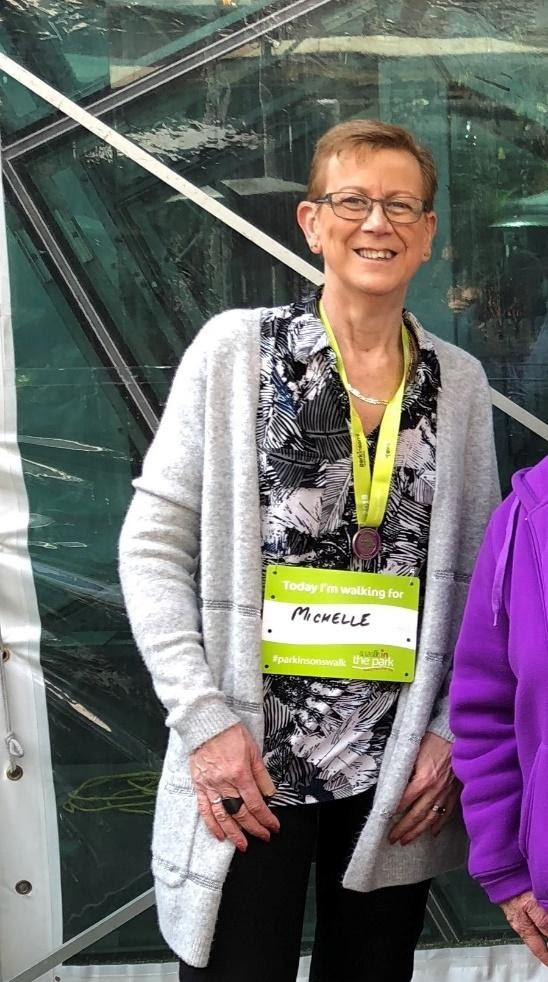 Anne is a very active 61-year-old wife, mother of three, and grandmother of six, who also works full time in a very busy IT environment. With a grown-up family, and young grandchildren to keep up with, Anne is keen to stay fit and healthy. She enjoys weekly weight training and taking on big challenges such as Open Water Swims, Stair Climbs, Fun Runs, and Charity Walks.

Anne is also one of Oura’s earliest users, having used both the 1st and 2nd generation rings. She started using Oura when she was in perfect health, but now she’s using her ring a bit differently to keep an eye out for signs of atrial fibrillation (AFib), an irregular heartbeat that can increase risks of other heart-related problems as well as stroke.

“I have a history of AFib. ‘I’ve had two episodes in the last 10 years or so. In previous episodes I pretty much knew as soon as they started. My heart rate variation during an episode was huge, so it was easily noticed. The first one started when I was doing a training session with my trainer, and my heart rate went up to 180 while lifting weights. I could feel that increase straightaway, so I knew something was wrong, but at the time, I didn’t know what the feeling meant or how serious it was—I didn’t feel unwell, but knew my heart rate wasn’t right. It happened during a particularly busy time, but I wasn’t too worried since I felt fine. I didn’t get to the doctor for a week or so, but by the time I did, the episode had stopped.  Extensive test results were all good, so there was nothing really to be done except educate myself about the condition so I would know what I was dealing with if it ever happened again.”

Anne made it through her first two episodes, but the third would end up being quite different.  What Anne didn’t know at the time was that her new ring would play a central role in the management of her third AFib episode.

“What made me start using Oura in the first place in 2016 was just being a bit of a techno-geek interested in challenging myself. I’d had either a Fitbit or Garmin for years, but when I found out that there’s a ring that could give me all this data, I thought, ‘Hey, why not try it and see what it can offer?’ I used the first Oura Ring for a couple years and then when the current model was released I put an order in right away, and it has been on my finger ever since.”

In 2020, it had been about 7 years since Anne’s last AFib episode, and nothing was signaling that her streak would come to an end anytime soon.

“Like I said, I hadn’t had an episode in 6 or 7 years, but early in May, I woke up to no heart rate data in my Oura app, which had never happened before.” 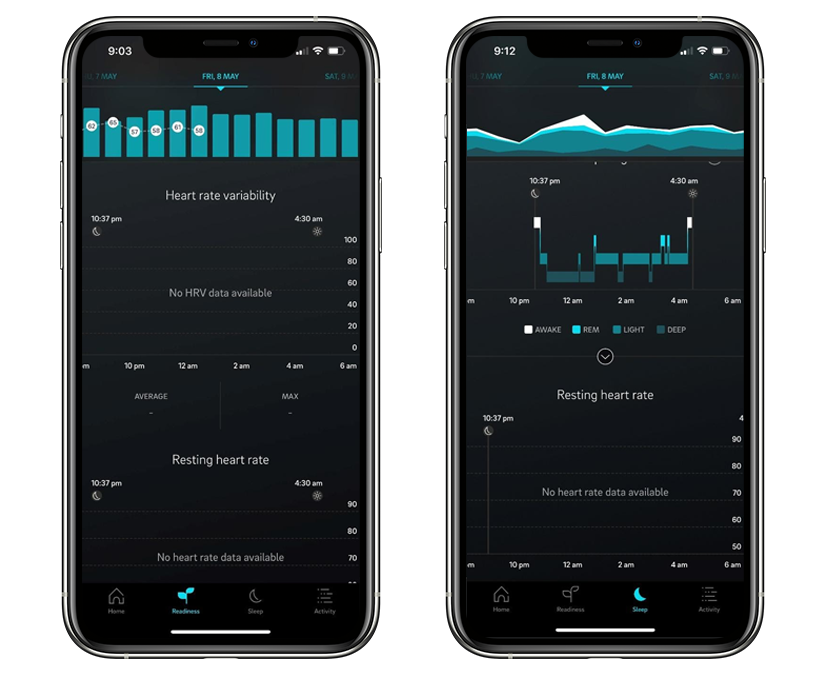 At the time, Anne didn’t think much of it because she wasn’t feeling anything different, didn’t consider another episode of AFib, and just continued on with her day.

“I had training with my trainer that same morning, and I said to him, ‘Either my ring’s dead or I am. I’ve got no heart rate today.’ I was feeling pretty normal. We had a bit of a joke about it. He has an Oura Ring as well and we often compare data.”

As the next couple of days went on, her heart rate data still didn’t appear, but she started to feel that her heart rate wasn’t right, and decided to get checked out.

“Over the next few days, I was still not getting any heart rate data. When I’ve had AFib in the past, I’ve known about it straight away. I would go from a resting heart rate of 60 sitting down to 180 when I stood up. but this time the variation was not so noticeable. In the meantime, I was disappointed in what I thought was my ring malfunctioning, so I emailed Oura Support. When I received their response about arrhythmia affecting heart rate display on the app, it all suddenly made sense. By that time, I was starting to notice that something was wrong, but apparently, my ring had picked it up far earlier. It was actually almost a week before I went and got diagnosed, but my Oura Ring had been telling me all along that there was something wrong with my heart rate, which is why it didn’t record data.”

Anne’s lack of heart rate data was the ring alerting her that she was having her third AFib episode several days before she noticed any physical symptoms. With possible outcomes like stroke or heart failure, the proper and timely treatment of an AFib episode is key, so Anne’s Oura insights were crucial.

“I had a cardioversion done in the hospital to jolt my heart back into normal rhythm. Immediately following that, the ring started showing my heart rate data again. I have to admit I was pretty impressed—and I’ll definitely believe it next time rather than thinking it’s dodgy or malfunctioning. And my doctor was certainly impressed when I told her. She was like, ‘Make sure you keep that ring!’ And I definitely will.” 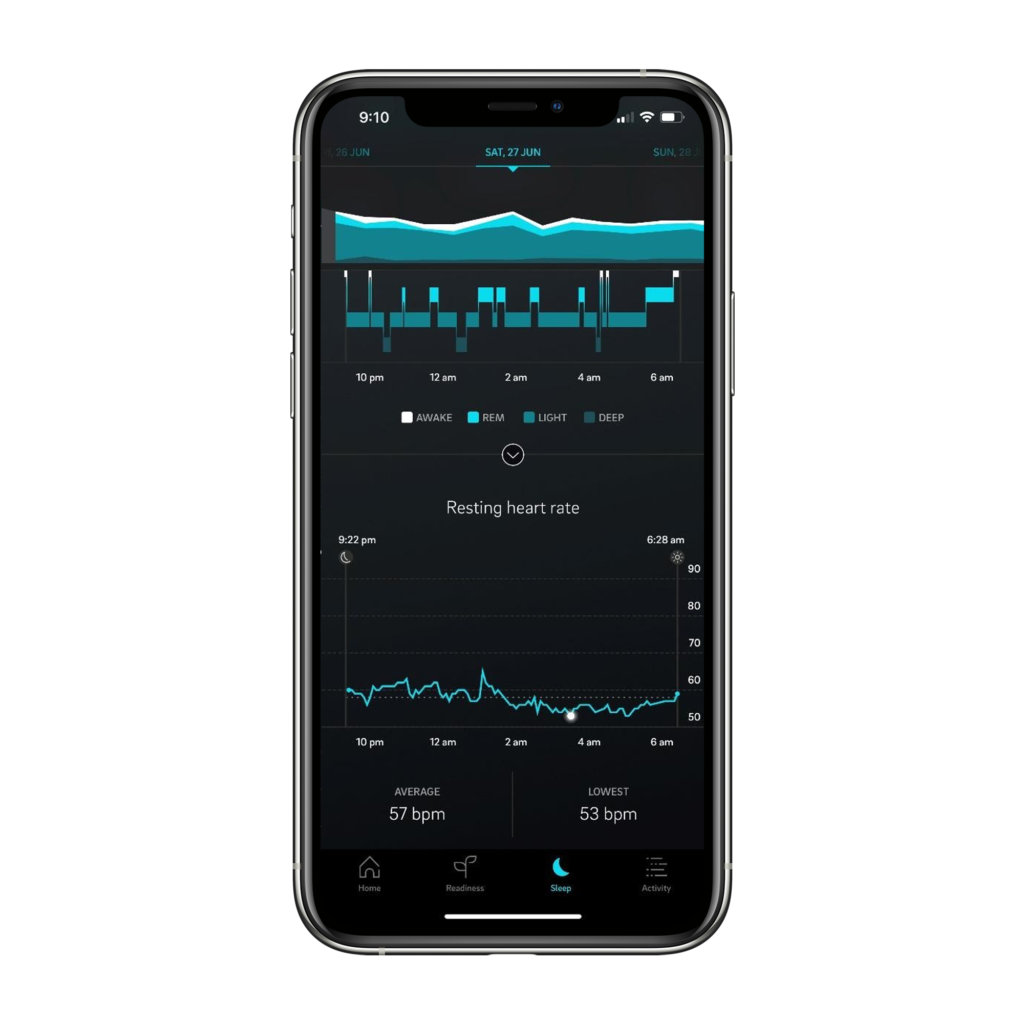 Anne is doing well, and continuing to live her life as well as she can during the COVID-19 pandemic. Like many of us, she is working from home, and things can get stressful, but her heart rate is remaining within her normal range. What hasn’t changed? Her Oura Ring is still on her finger, and she’s continuing to work out with her trainer.

“It really is quite amazing to get to monitor what’s happening with my body whilst I go through all the stats in my app…for me, devices like this are really about monitoring heart rate and always knowing what’s going on with that. Each morning, I can see what my resting heart rate was, and how I am recovering from the everyday stresses of life.

I’ve gone to the same trainer for over 10 years, so he has helped me through a lot of health challenges. We often check out and compare our Oura data as I work out. It doesn’t necessarily change the training session, but it might make it a bit lighter if it looks like I’ve had a particularly bad couple of days, or harder if things are looking good. The deal is: Mondays I can complain as much as I like. Wednesday and Friday I have to suck it up and get on with the task at hand. But he’s aware of my capabilities and the fact that I am getting older, and knows just how far to push me, so he and Oura help me stay as fit and strong as I can be.”

A Tip From Anne

Anne leaves us with one key tip to ensure everyone gets the most out of their Oura experience.

Everyone’s story is unique. Share yours with the Oura Community, or just give the Oura Team an update of where you are in your health journey!

Get Health Insights Straight To Your Inbox

Sign up for free today, and receive the latest articles, tips, and offers from Oura

Address has been subscribed successfully

Cookies help us deliver the best experience on our site. By using our site, you agree to the use of cookies.